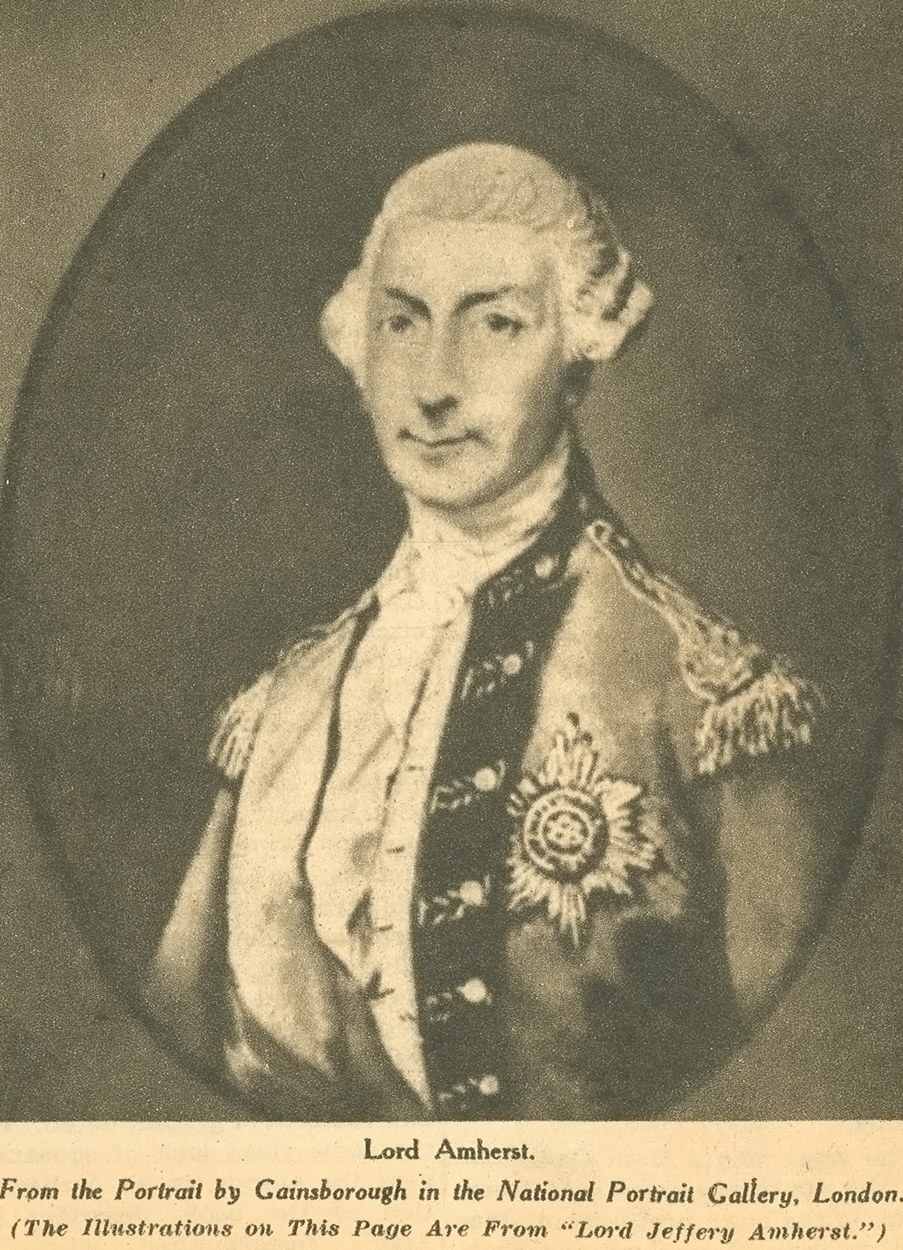 Jeffery Amherst was born on January 29, 1717 in Riverhead, Sevenoaks (England). He sailed to America in 1758 and headed the second siege on Louisbourg. He assisted the British troops on the continent and sent detachments under Wolfe to destroy French settlements in the Gulf of Saint Lawrence. Shortly after, he became Commander-in-Chief in America. The following year was spent making plans and logistic arrangements for the invasion of Canada and the three-army attack against Montreal, which ultimately fell on September 8, 1760. The war was not over in Europe and Amherst, as Commander-in-Chief, was given other missions in the colonies. He returned to England in November 1763. He died on August 3, 1797 in his residence near the city of his birth.