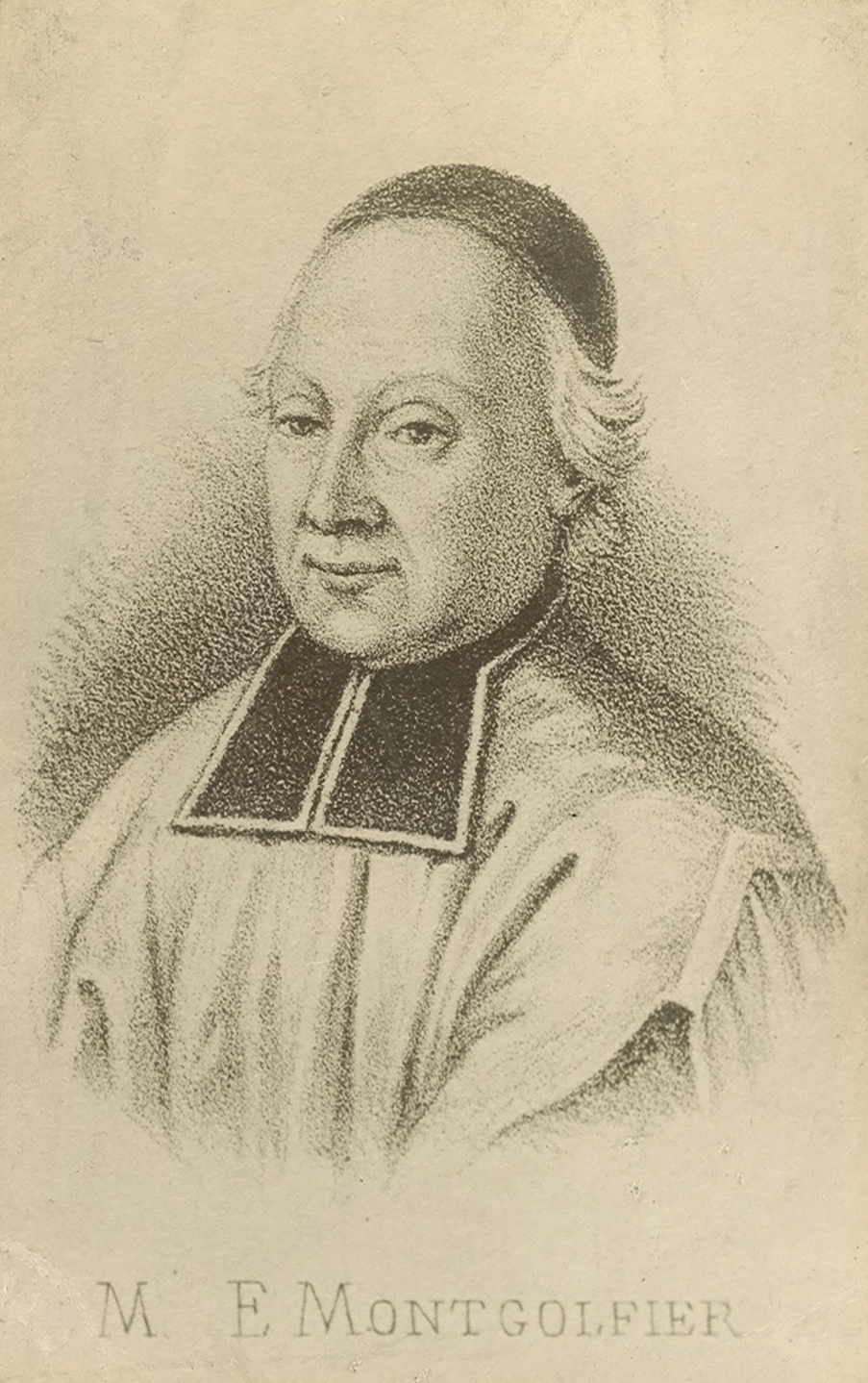 Étienne Montgolfier was born on December 24, 1712 in Vidalon (France). Ordained priest in the Compagnie de Saint-Sulpice in 1741, he came to Montreal in 1751. He was appointed Superior of the Sulpicians in 1759, but his term in office was made difficult because of the British conquest. He was Vicar General of the Bishop of Quebec, Msgr. Jean-Olivier Briand, and also chaplain of the Congrégation de Notre-Dame. He participated in the reconstruction of Notre-Dame-de-Bon-Secours Chapel, which had been destroyed by fire in 1775 and wrote La vie de la vénérable sur Marguerite Bourgeois published in 1818. In 1787, he retired from his charge as Superior of the Sulpicians and Vicar General. He died in Montreal on August 27, 1791.