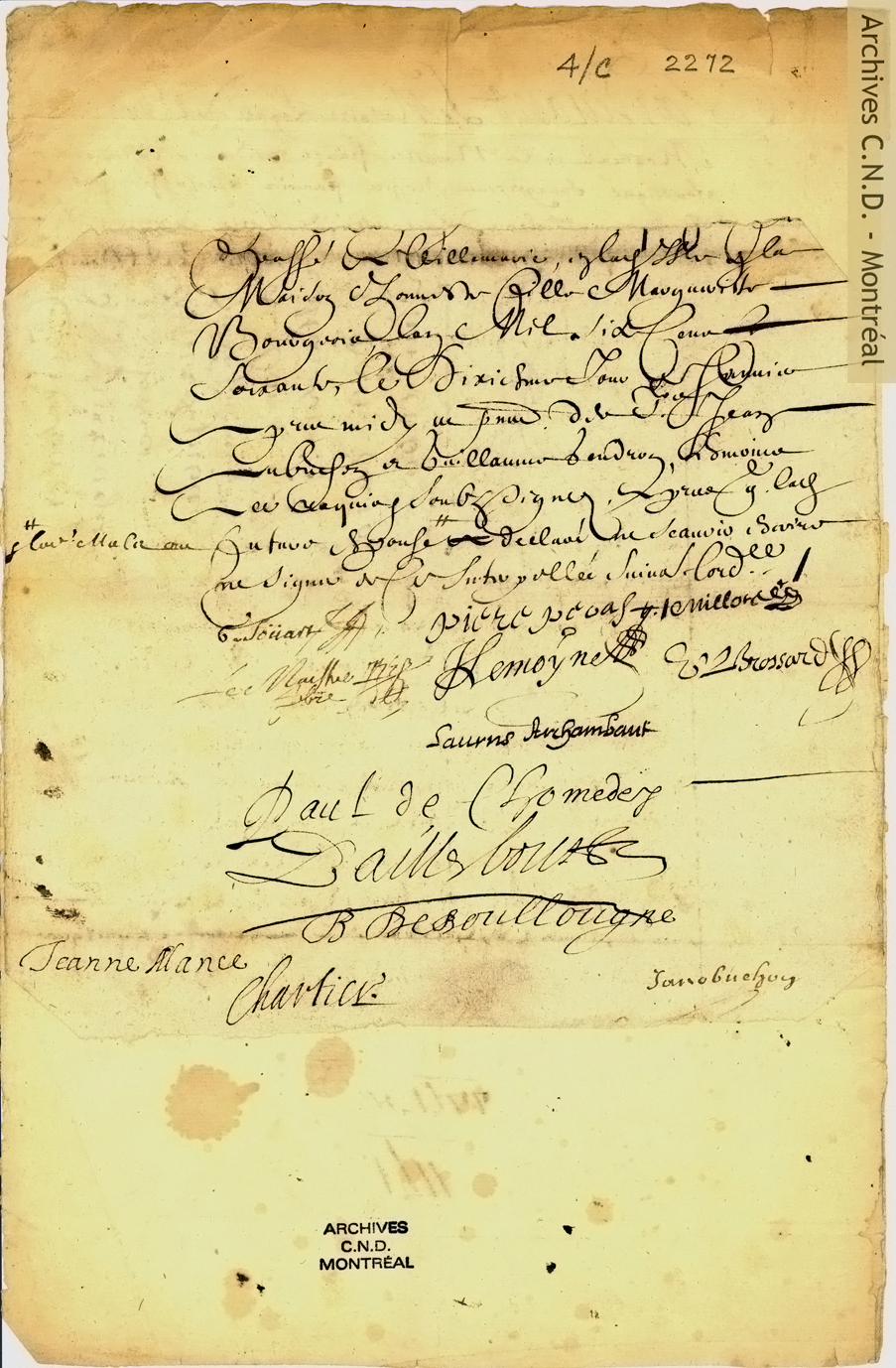 Marriages were celebrated in the buildings of the Congregation, including the stable-school. This contract joining Pierre Peras and Denise Le Maistre, who both arrived in Canada with the reinforcement of one-hundred men in 1659, was signed en la maison dhonnête fille Marguerite Bourgeoys (in the house of the honest woman Marguerite Bourgeoys). The document bears the signatures of several important people of the colony, such as, Gabriel Souart, Paul de Chomedey de Maisonneuve and Jeanne Mance. From 1663 to 1670, many Filles du Roi celebrated their marriages under the roof of the Congregation, which welcomed them when they arrived in Ville-Marie (Montreal).