Father Sangster MacDonald, pastor in Baddeck, Nova Scotia wrote to the Congrégation de Notre-Dame in 1958 to explain the hardships in the Nyanza Amerindian Reservation and to ask for sisters to come and teach. At the beginning of September 1959, the foundress and Superior, sister Sainte Hilda Marie (Julia Elizabeth Dunphy) and sisters Saint Thomas of Galilee (Lola Eunice Girroir), Saint Peter Maureen (Mary Elizabeth O’Reilly) and Saint Cyril Francis (Simone Abbass) arrived in Nyanza. While the Baddeck convent was being built, the sisters lived in an apartment adjacent to the Middle River Indian Day School. On September 8 of that year, the sisters began teaching thirty students from Grade 1 to Grade 4 and fifteen students from Grade 5 to Grade 7. On September 24 the sisters moved into Notre Dame Convent in Baddeck situated nine miles away from Nyanza. During the 1960s, they continued to teach in Nyanza and also offered catechism courses to the children of Baddeck and Tarbot, a neighbouring village. The Micmac Indian Choir made up of children from Nyanza, under the direction of sister Saint Marcia (Angelina Vallas), gave several performances in Nova Scotia at festivals, on Sydney television, and before the Queen Mother in 1967. The sisters stopped teaching in Middle River Indian Day School in 1974 but continued teaching catechism in Baddeck and Nyanza until 2000. They also participated in the community’s cultural and parish activities and volunteered at the Alderwood Rest Home. The closing of the convent was officially announced in June 2007. On August 19, open houses were held at Wagmatcook, formerly Nyanza, and in Baddeck to commemorate and celebrate the contribution of the sisters. The convent closed on August 31 of that year. 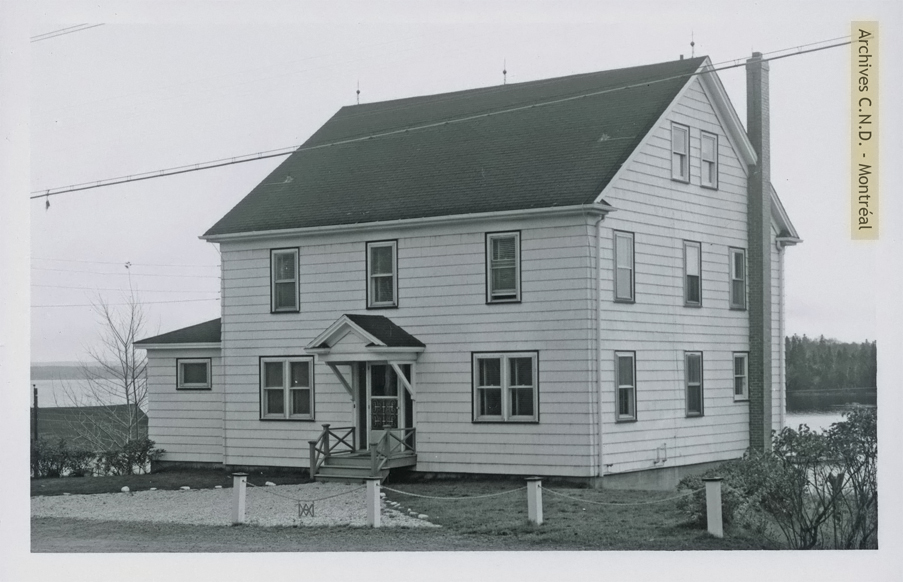