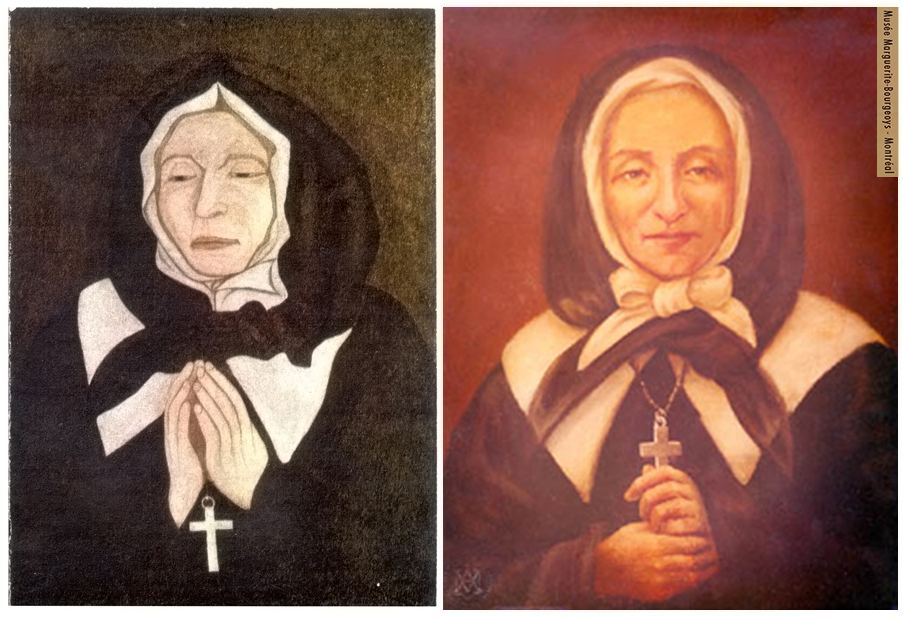 Shortly after Marguerite Bourgeoyss death, Pierre Le Ber painted this painting, the only true representation of the foundress of the Congrégation de Notre-Dame. From the mid 19th to the beginning of the 20th century, the work went through several modifications. Among them, was a complete over-painting to soften the aesthetic traits which did not correspond to the tastes of the time. The restoration work of 1963 and 1964 revealed the original portrait which dated back to 1700.