On August 22, 1957, the foundress, Sister Saint Daniel (Harriet Louise Cosgrove), Superior and Sister Saint Thomas of Canterbury (Elizabeth Shanahan), Sister Saint Lucille of Jesus (Dorothy Lucile Guilbault), Sister Saint Margaret Catherine (Anne Margaret Moore), Sister Saint Mary Anthony (Gertrude Di Blasi) and Sister Saint Sean Edward (Mary Elizabeth Fitzgerald) were welcomed by Father Martin Doran, pastor of Saint Maurice Parish and Mr. Vincent Cleary, superintendent of schools for the Diocese of Bridgeport. While the school and the convent were being built, the sisters lived in the former convent of the Ursulines. In September, they started teaching one hundred and forty students in an unused portion of Saint Maurice Parochial School. In August 1958, the sisters moved into their new convent on Newfield Avenue and started teaching at the new high school on Newfield Avenue. About seven hundred girls and boys were registered in the technical, college and business courses. Sixteen sisters were assisted by eight lay teachers.

The school continuously grew and in 1965 fifty-seven sisters, priests and lay persons taught one thousand two hundred and sixty students. Bishop Walter W. Curtis asked the sisters to teach in Saint Gabriel School, which had been established the year before. The sisters continued to be active in the community: they made home visits; in the summer, they participated in local outreach initiatives; gave classes to disadvantaged young people; worked with children with intellectual disabilities. In 1978, the sisters worked in other places: Saint Cecilia's Lower School; Assumption School; Saint Luke Parish. In 1982, the convent closed and the sisters of the Congregation ceased association with the high school. 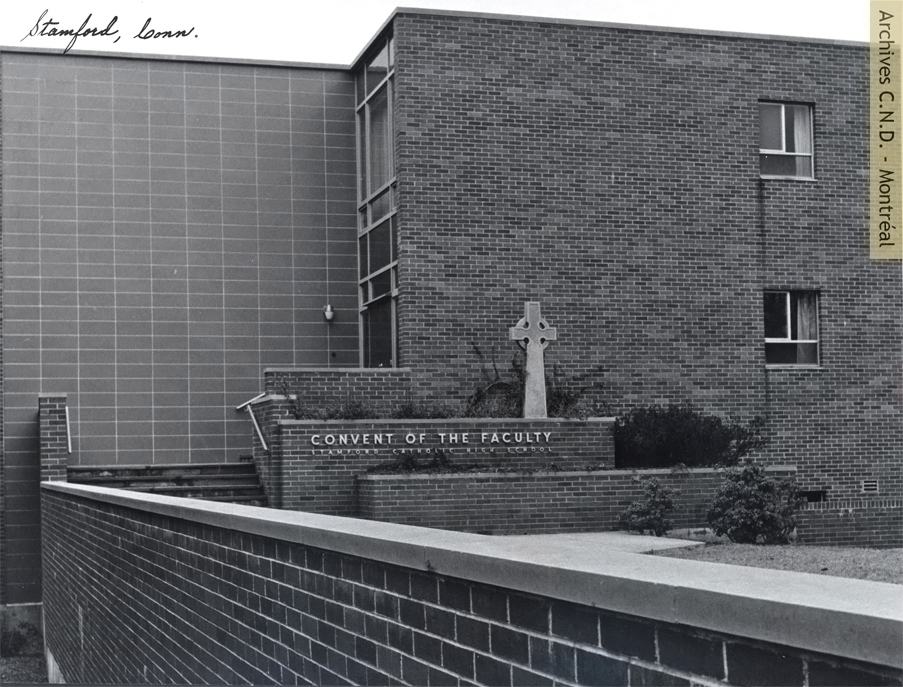