Saint John School was established in 1920 as a branch of Notre Dame Convent in Sydney, Nova Scotia. The new eight-classroom building was officially opened in January. The founders were Sister Sainte-Marie-Michel (Mary Jane McNeil), director, and Sister Saint-Démétrius (Effie Ann Leblanc). In 1921, they received four classes of elementary level students. The other four classes were kept for later needs. In 1923, the school opened a grade 10 class. In 1957, Saint John School had expanded and numbered four hundred nineteen girls and boys. That same year, an influenza outbreak in Sydney Mines forced school closures for two weeks. In 1958, students of the school participated in the fourth edition of the Annual Northside Festival of Music and Speech and were awarded several prizes. In 1973, the sisters of the Congregation’s involvement in this school was mentioned for the last time, when only one sister was still teaching there. 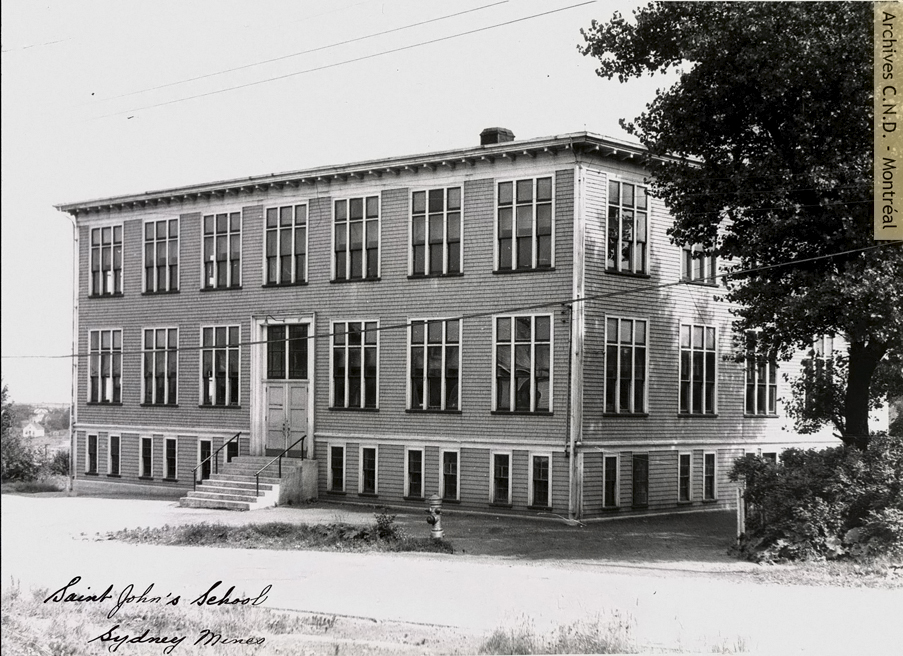