Saint Anthony Daniel School was established in 1953 as a branch of Holy Angels Convent in Sydney, Nova Scotia. The new building opened on November 2. Sister Saint-Joseph-de-la-Merci (Mary McNeil), Sister Sainte-Marie-des-Séraphins (Marie-Joseph Tomney) and five lay teachers received two hundred sixty-two co-ed students from kindergarten to grade 6. In 1958, because of the increasing student population, two new classes were built to accommodate grade 1 and grade 4 students. That same year, a group of students appeared on television to sing Christmas carols. At the beginning of the 1963 school year, the sisters were pleased to see that the school had three additional classes. The following year, with four new classes built, the school reached a total number of fifteen classes. At that time, there were four hundred seventeen enrolled students in Saint Anthony Daniel School. In 1966, the sisters withdrew from the school and left its administration to a lay director. Saint Anthony Daniel School was established in 1953 in order to provide education to the young Catholic boys and girls of Sydney, Nova Scotia. 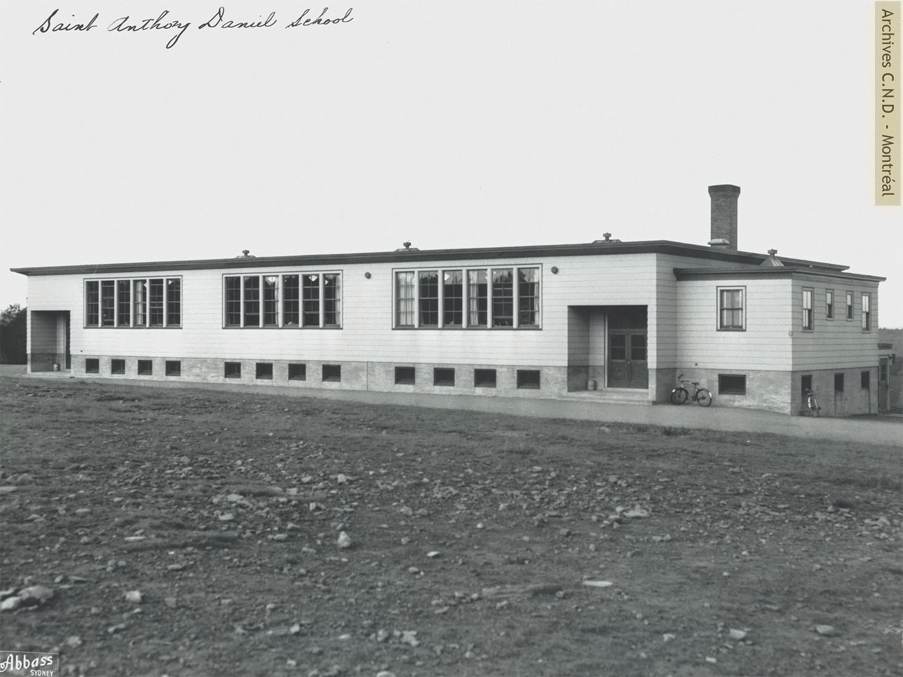