On July 20, 1960, after five years of negotiations, Sister St. Philippa (Genevieve McMahon), accompanied by several of her companions, arrived in Schenectady, New York, where The Most Reverend William Aloysius Scully, Bishop of Albany welcomed them to the school which was attached to the convent he had had built for them containing everything they would need. The school and the residence were located on Corlaer Avenue. From the first day, over 300 young women from Grade 9 to Grade 11 were received at Notre Dame High School. In addition to the academic program, the sisters taught French, Latin, Spanish and music. During the summer, the sisters took courses in nearby colleges and universities, where some sisters also taught. They participated in and organized many seminars and training programs on topics related to education and its administration in different cities in the Eastern United States. Community and volunteer associations of all kinds began in Notre Dame High School. Also, the students took part in clubs such as the Drama Club, Glee Club, Choral Club, Sciences Club, Business Club, Poetry Club, Art Club, Culture Club and many others. They were awarded many prizes at contests and competitions. Many girls participated in the televised quiz show Little Red Schoolhouse. To attend theater and other performances, to participate in competitions and to broaden the students’ knowledge of the world, the sisters organized trips to other countries (Portugal, Spain, Canada, etc.)

In 1965, more than twenty sisters taught at Notre Dame High School. Grade 12 was added to the school, and it was also the year the sisters began wearing the modified habit. At the end of the 1960s, the sisters began a night school program in religious studies for adults. They also started teaching religion in the neighbouring public primary and secondary schools. Later, some sisters taught in the Adult Education Program of the Schenectady Education Council. The sisters were very active in several groups which planned events such as the liturgical music Festival of Praise. On September 8, 1970 they celebrated the school’s 10th anniversary. That same year, a flexible schedule was put in place to allow the students greater freedom in choosing their courses. In the 1970s, apostolic ministries outside the school became as important as those in the school; half of the fifteen sisters in Schenectady worked at the school while the others saw to the needs of the parish or their surroundings through teaching or other types of work. At this time, different assessment committees concerning the merger of two Catholic high schools in Schenectady were created. In 1975, Bishop Gibbons School (1958) for boys and Notre Dame High School (1960) for girls were merged in the Bishop Gibbons building on Albany Street. The new school was named Notre Dame-Bishop Gibbons High School. A CND was the vice-principal and the sisters served in administration and teaching positions. The same year, the sisters moved on DeCamp Avenue. The 25th anniversary of the school was celebrated in 1984. In 1985, an addition was built to the house. In 1989, the school received Grade 7 and Grade 8 students and thus became a Junior and Senior High School. The sistersleft Schenectady residencein July 1993. 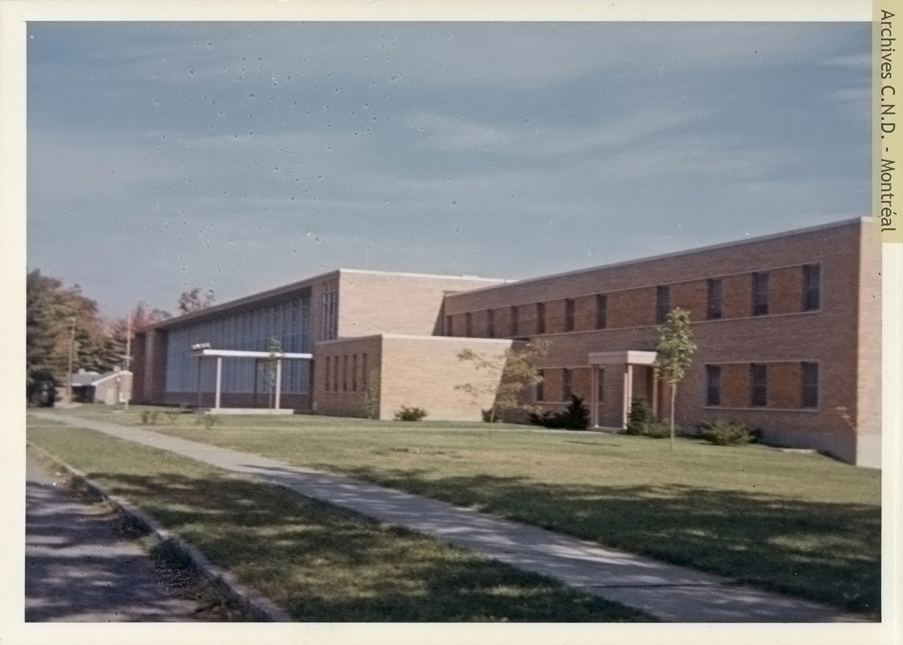