On August 10, 1860, the General Council of the Congrégation de Notre-Dame accepted its first mission in the United States, in the village of Bourbonnais, Illinois. Monsignor James Duggan, Bishop of Chicago, asked the Mother House in Montreal to send Sisters to teach there. Bishop Duggan had been advised by the Vicar General of Quebec Alexis Mailloux, who was in Illinois at the timecombating the schismatic activities of Charles Chiniquy, an apostate priest from Canada who had taken refuge in the United States and who later became a Presbyterian Minister. The village of Bourbonnais was a French Canadian colony, like many others in that region. Three Sisters were sent there to teach: the Superior, Sister Saint-Alexis-de-Saint-Joseph (Marie-Marguerite Beaubien) with Sisters Saint-Alphonse-de-Liguori (Marie-Sarah Blais) and Sainte-Marie-de-la-Victoire (Marie-Louise-Rebecca Breadon). They arrived on September 22, 1860 and were welcomed by the parish priest, Father Joseph-Nérée Gingras. The Sisters lived in a rented house and began the school year on October 1. On January 26, 1861 the Sisters moved into a two-storey house which had been built for them facing the school. The construction of a wooden three-story boarding school began on September 8, 1861 and the Sisters took possession of it in August 1862. In time, the property expanded as a result of several real estate transactions. The convent welcomed boarders and, in separate classes, young girls from the public school in the district of Kankakee. In 1910, a new brick boarding school was inaugurated during the mission’s Golden Jubilee. In addition, the Alumnae Association, Notre Dame of the Cenacle, was also established. In 1918, the Sisters took charge of Saint Marguerite Primary School for Boys, which had been formerly under the direction of the Saint Viateur clerics. During that same year, the classes of boarders and those of the public school were merged due to a smaller number of students and teachers. In 1920, the secondary level courses were accredited by the University of Illinois and were recognized by the State in 1921. This status as a private secondary school attracted new students. In 1935, the convent celebrated its diamond jubilee.

By the end of the 1930’s, there was a decrease in number of Catholics in the region, resulting in the drop in admissions to the convent school. In 1941, the school welcomed students of Nazarene denomination. These non-Catholic students were exempt from prayer services and religious instruction. In 1949, the Sisters were granted authorization to close the secondary school. From then on, the Sisters taught only the primary grades connected to Bourbonnais Elementary School (District 53). In 1953, the first American novitiate of the Congrégation de Notre-Dame opened on the 4th floor of the convent in Bourbonnais. The first year, 22 postulants were welcomed. In 1956, the classes of the public school were moved to a new building. The Sisters opened a parish primary school in the convent. It was given the same name as the parish, that is, Maternity of the Blessed Virgin Mary Elementary School and welcomed about two hundred forty children in its first year. In 1960, the centennial of the arrival of the Sisters was celebrated. The primary school was transferred to a new building in 1961. The new construction housed ten classes, a gymnasium, a conference room and a cafeteria. It welcomed four hundred and twenty-five students. In 1963, the novitiate was moved to Ridgefield, CT. The convent served exclusively as a residence for the Sisters until it closed in the summer of 1968. In 1970, a new residence opened in this area. The Sisters moved in 1971, 1975 and 1990. The Sisters became very involved in the life of the parish and of the community. Many taught in various schools, in particular in Maternity of the Blessed Virgin Mary Elementary School, which was still active. This school was under the direction of a Sister until 2002 and then under lay administration. In 2010, the school celebrated its 150th anniversary at the service of the population of Bourbonnais. 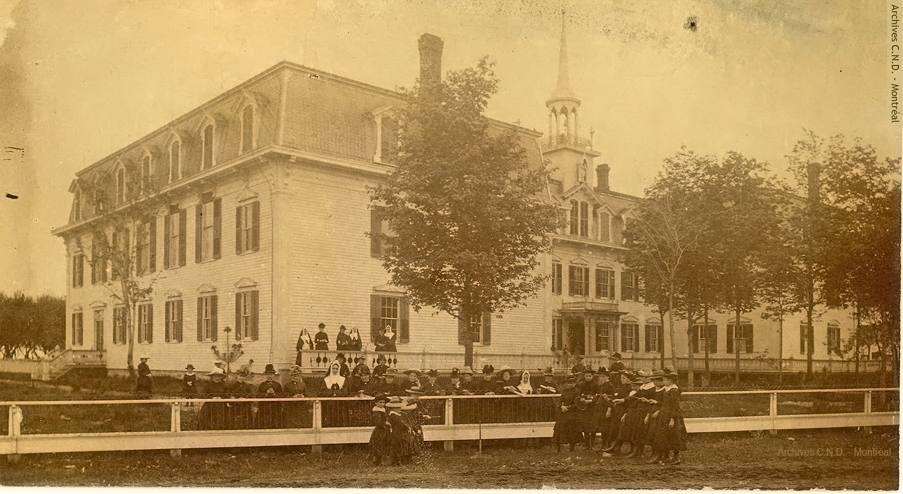 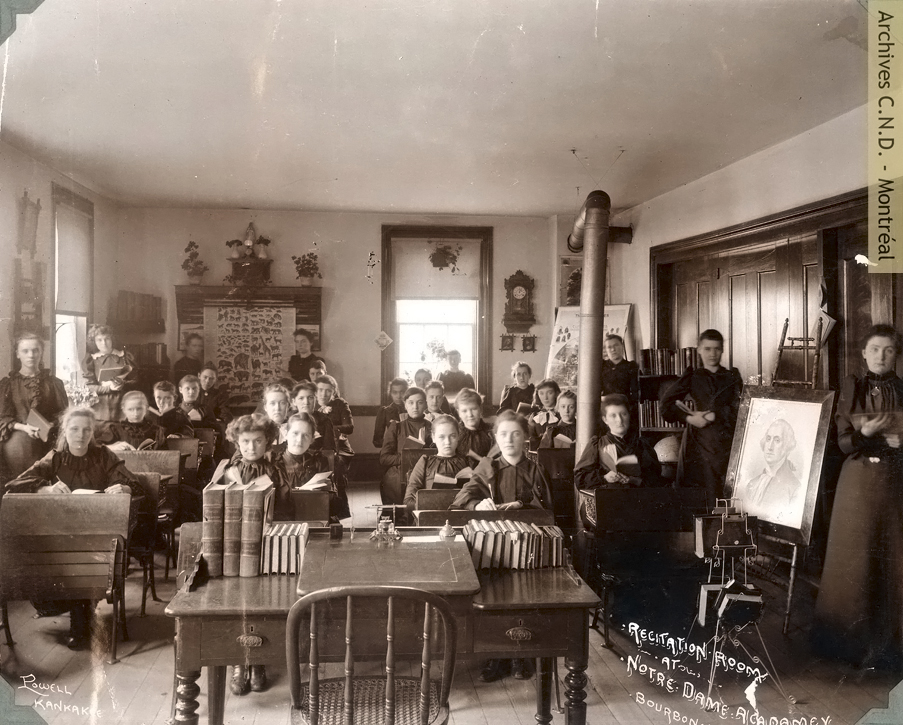 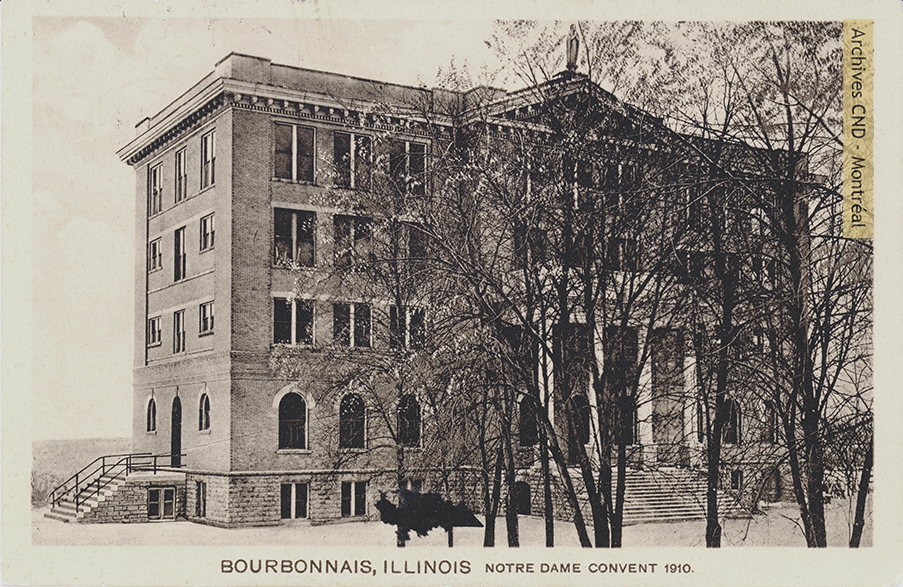 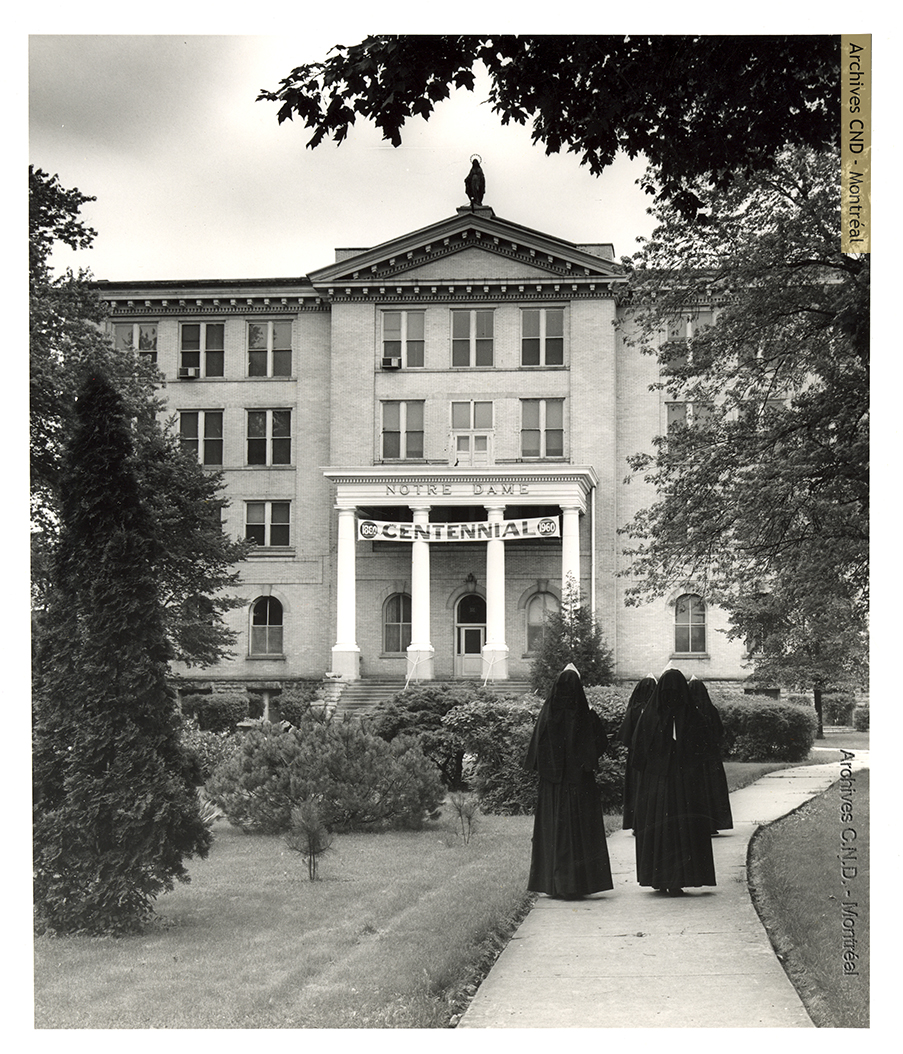