In 1944, in response to a citizens’ petition signed by the residents of Lot 9 in the western part of town, the School Commission of the City of Alma opened Sainte-Cécile School. The people living in that area proposed entrusting the direction of the school to Ms. Cécile Landry, a student of Bon-Pasteur Normal School in Chicoutimi and daughter of Elzéar Landry, an influential figure of the region. In fact, the school may have been named in her honour. However, Ms Landry never taught at the school. After having having been a teacher at Saint-Joseph in Alma, she entered the Congrégation de Notre-Dame where she was given the name Sister Saint-Paul-André. She was the niece of Sister Saint-Ludger-Marie (Marie-Berthe Landry). In September 1944, the Congrégation de Notre-Dame was entrusted the direction of Sainte-Cécile School. Sister Sainte-Marie-de-la-Foi (Marie-Anne Landry) and Sister Sainte-Madeleine-de-Provence (Germaine Chagnon), directors of the convent’s branch schools, took on the direction of the school which numbered, from the time it opened, thirty-five girls and as many boys. In June 1947, an exposition featuring drawings and sewing projects was presented; visitors were very much impressed. In 1955, the school received eight classes from Grade 1 to Grade 7. In 1966, the direction of the school came under lay personnel. 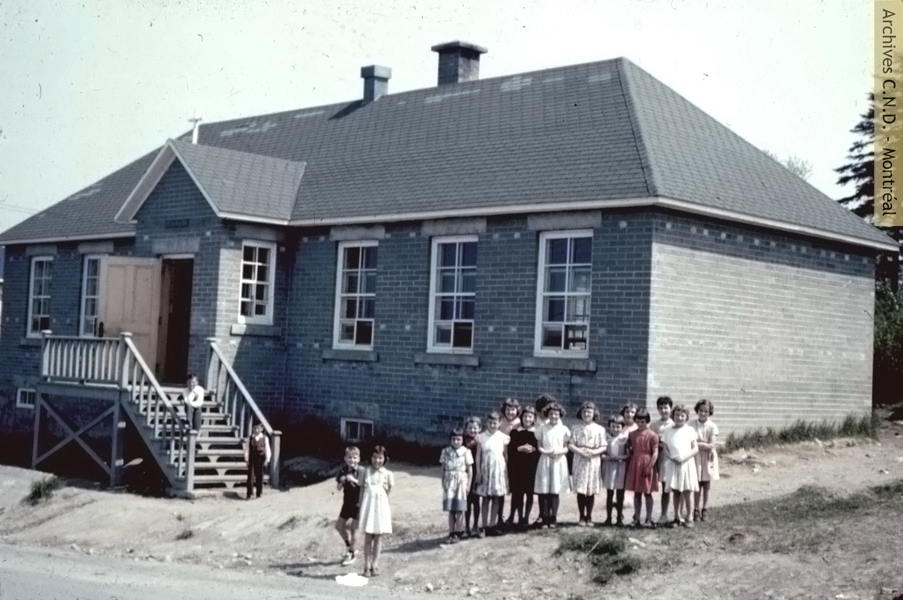