Notre-Dame-de-Grâce Parish School, familiarly known as l'école de Toutes-Grâces (the school of all grace), was established and funded by the Congrégation de Notre-Dame in 1891. The first teachers, Mère Sainte-Alphonsine (Marie-Philomène Bélanger) and Mère Sainte-Sabine (Philomène Lesieur), moved into the former convent of the Adoratrices du Précieux-Sang Sisters. They taught the alphabet, grammar, arithmetic, history and the entire academic programme of the time. In 1896, the building was in serious disrepair. To ensure the Sisters’ and students’ safety, the Montreal Catholic School Commission built a house facing the church and moved the classrooms there.

Two years later, the School Commission began compensating the teaching Sisters for their work. They lived in the Villa-Maria residence until 1923, when the Dominicans moved in a new monastery and invited the Sisters to occupy their former residence situated near the school. In 1926, a new and larger building was built at 151 Notre-Dame-de-Grâce Avenue. Formerly affiliated to Villa-Maria boarding school, the parish school now became independent. At the end of the 1920s, the students wore a blue uniform with a white monogram. The school moved again, in July 1931, to a building constructed by the School Commission at 5435 Notre-Dame-de-Grâce Avenue. A Sister’s residence was set up right next door. Notre-Dame-de-Grâce School was coeducational with twelve classrooms for girls and twelve for boys. In 1963, the School Commission selected Notre-Dame-de-Grâce School as an experimental school and in 1964, it became a secular school. The Sisters left the school when their residence was demolished because of the construction of the TransCanada Highway at Décarie Boulevard. 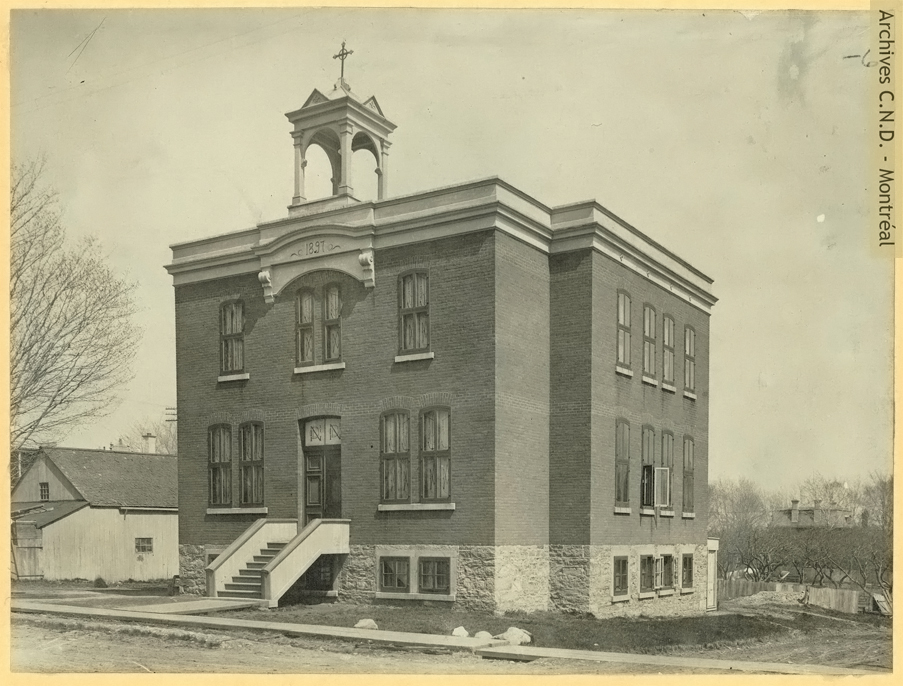