The primary school, founded in Elmvale Acres, a residential area being developed in Ottawa’s East end, opened its doors on September 8, 1959. The first CNDs there were Sisters Sainte-Aline-de-l’Immaculée (June Jodoin), Sainte-Rollande-Marguerite (Thérèse Dumouchel) and Sainte-Claire-d’Auvergne (Lucienne Chrétien). L’école Marguerite-Bourgeoys was intended to receive the French speaking students attending Saint Leo’s Bilingual School. Because the building was still under construction in the Résurrection-de-Notre-Seigneur parish, the students who travelled by Ottawa Separate School Board school buses were divided among different schools, such as, Saint-Thomas-d’Aquin and Saint-Laurent. The Sisters lived on the campus of Notre Dame Convent on Gloucester Street and commuted by car. The transfer to the new school took place in December 1959 and, in the summer of 1960, the Sisters moved in a new residence, purchased by the Congregation, on Quinlan Street, across from the school. In 1962, an annex was opened on Arch Street to accommodate additional primary school classes; in 1963, an annex was opened for secondary school classes. The Sisters also taught in other schools, such as Hawthorne, Sainte-Geneviève, Charlebois and Cardinal-Léger schools. In January 1965, the secondary school classes of l’école Marguerite-Bourgeoys were transferred to the new école secondaire Notre-Dame on the new French language campus; the new building, constructed by the Congregation on Heron Road, was in the Alta Vista district, facing the English language Campanile campus. In September 1965, the Sisters sold the building on Quinlan Street. They temporarily moved to l’école secondaire Notre-Dame while waiting for the new residence, on the corner of Heron Road and Southwood Drive, to be ready. L’école secondaire Notre-Dame closed in 1970 and the students were transferred the following autumn to the Canterbury Experimental Bilingual High School. The Sisters’ residence was transferred to Baycrest Drive. The personnel of the French speaking community diminished because there were fewer students, and most of the Sisters became involved in community services. In 1974, because the number of English speaking Sisters had increased, the French speaking Sisters moved to a new residence, known as Maison Notre-Dame, on Chapel Street. In 1983, this became a residence for the English speaking Sisters and the building also housed the Centre for Spiritual Growth. 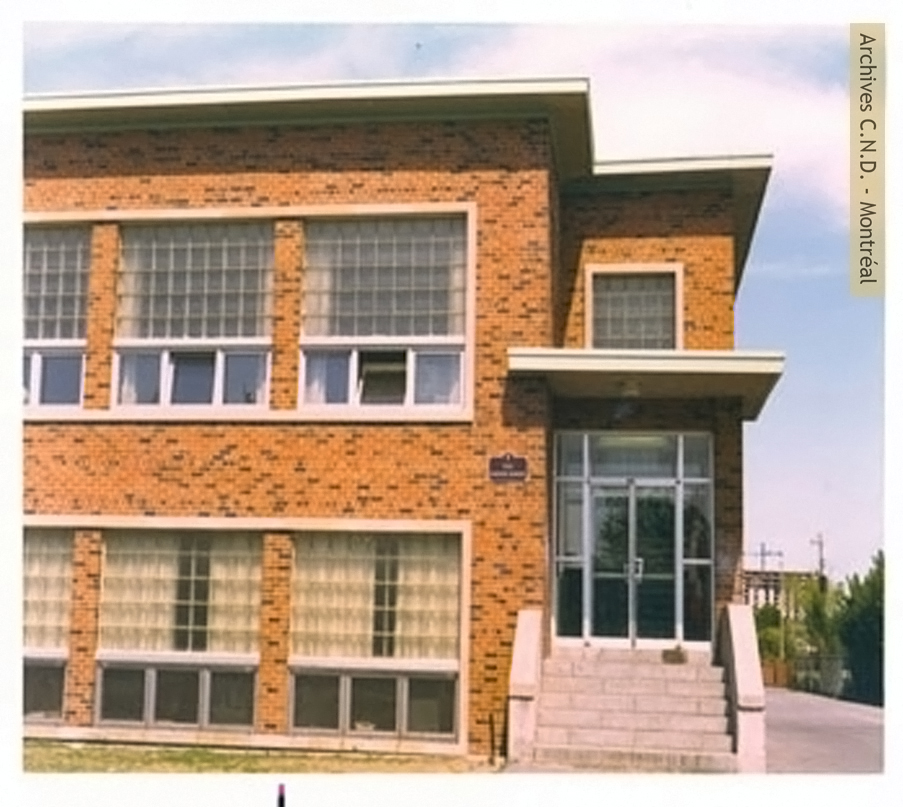