In April 1774, Mr. Pierre Claude Pecaudy, seigneur de Contrecœur, ceded a piece of land to Father François Cherrier, pastor of Saint-Denis, in order to build a convent-school for the education of girls. It was completed in 1783 and the Congrégation de Notre-Dame agreed to fulfill the mission. Sister de la Visitation (Marie-Catherine d'Ailleboust de la Madeleine) and Sister Saint-Augustin (Marie-Louise Compain dit l'Espérance) established a school for both boarders and day students. Classes began in October 1783. On November 23, 1837, during the battle of Saint-Denis, the convent served as sanctuary for the women and children of the village. However, fearing retaliation, it was evacuated on November 26. The sisters returned to the convent on December 8 and found that it had been plundered by the British troops. The mission was at its pinnacle in 1872, when Sister Saint-Isidore was superior: the convent-school numbered fifty day students and one hundred one boarders. In 1867, eighty-four years after the construction of the first convent, the Congregation’s General Council decided to completely rebuild the edifice in accordance with the standards of the time. Erected in the same place, another floor was added. During construction, classes were held in the presbytery’s public hall. In 1924, a new chapel was built in the main building. In October 1930, Notre-Dame-du-Richelieu Alumni Association was established.

In June 1961, the School Commission closed eight schools in the area and centralized them in a new building, Saint-Denis School on du Collège Street. Eight classes were assigned to a group of seven lay teachers and one sister of the Congrégation. The boarding school closed in 1962. In 1965, a decision was made to permanently close Saint-Denis-sur-Richelieu Convent because of the need to merge the staff; the demands of the new educational system; and the small number of registrations. On June 20, 1965, after a presence of one hundred eighty-two years, the sisters of the Congrégation de Notre-Dame permanently departed. For a time, the convent was occupied by a Dutch community, the Priests of the Sacred Heart, to whom the Social Services Department had assigned the responsibility of a boarding school for boys. It was demolished in 1970. 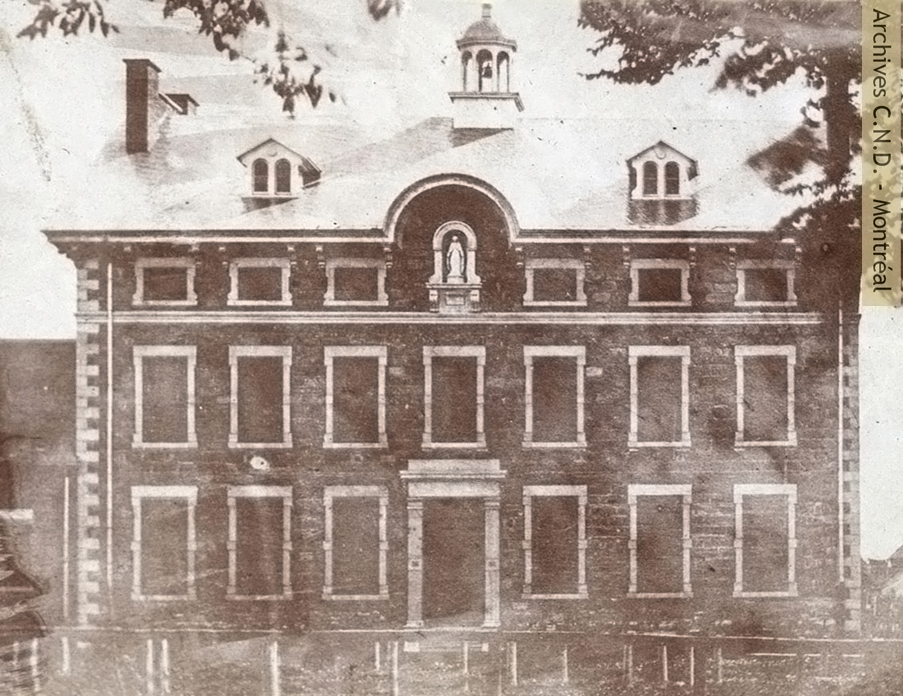 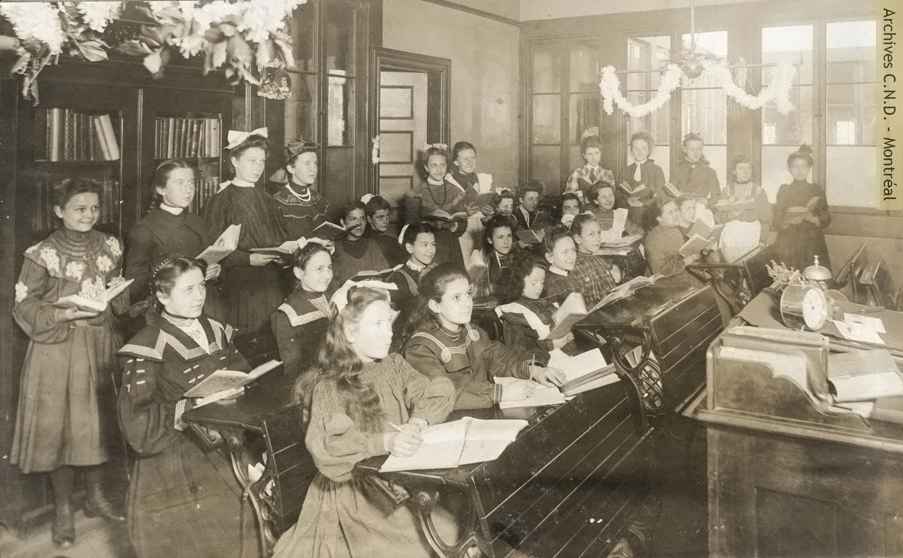 Class at the convent, Saint-Denis-sur-Richelieu, Quebec, [18-].

Class at the convent, Saint-Denis-sur-Richelieu, Quebec, [18-].